NSM Music expanded their presence at the ATEI international amusement industry trade show in London this year with a much larger space than they have taken in recent years. Their higher profile seems to signal a renewed commitment to the jukebox business, evidenced by the energy of Alex Kirby, son of long-time NSM director Barry Kirby. Alex was very eager to promote the company’s new Icon Apollo, a large-format touch-screen wall box featuring YouTube content. The Apollo looks quite similar to the eCast EQ, utilizing the top portion of the touch screen to display video content, an informational “crawl” in the middle section and jukebox user-interface in the bottom portion of the screen. 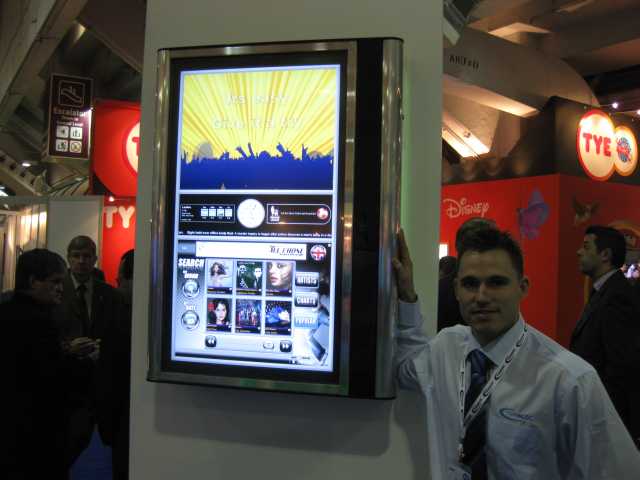 The Apollo allows jukebox patrons to not only select songs and traditional music videos, they can also browse and play content from YouTube, the popular video site. The YouTube feature is a creditable experiment and generated a lot of discussion. Some visitors wondered if patrons would pay for something that many can already watch on Internet-enabled mobile phones. Some wondered if people browsing YouTube would deter others from selecting music. Alex Kirby assessed the feature by pointing out, “If it makes money, it’s good. If it doesn’t, the operator can disable it.”

According to Kirby, NSM is considering a potential future for the Apollo in the States, but there’s been no decision on that yet. The company has developed a proprietary software platform for the Apollo and I’m not sure how it would mesh with their American partner, eCast. I found the YouTube feature interesting, but it’s a fairly safe attempt at innovation using a function that has already gained popularity in a different marketplace.